Inspired by the deep insights revealed in the recent work around the Amplituhedron, a new and deeper mathematical principle has revealed itself. While the amplituhedron caused quite a buzz even outside of the world of theoretical particle physics, thus far it is restricted to \(\mathcal{N}=4\) supersymmetry. In contrast, this new object is able to represent all known predictions for physical observables. The new object, outlined in a recent paper is being called "The Realineituhedron". 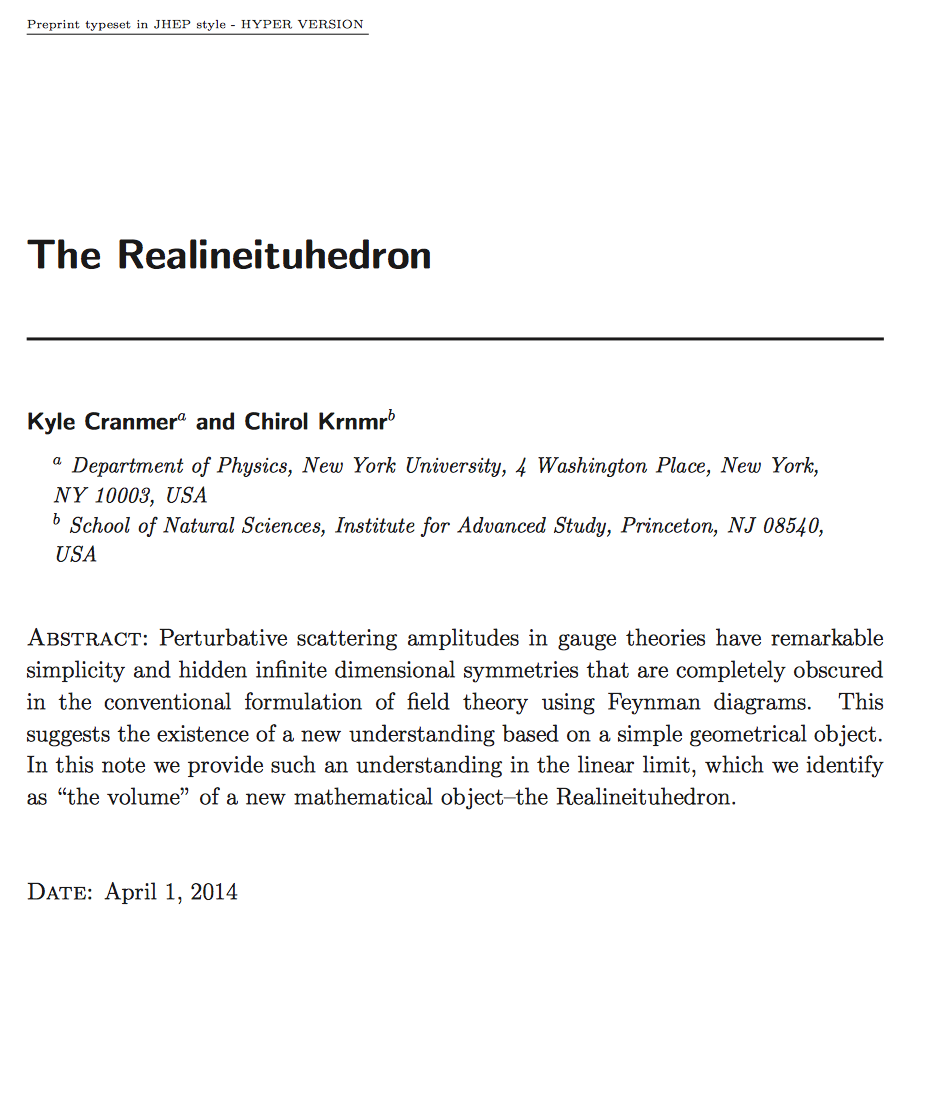 The key observation is that at the end of the day, everything we measure can be represented as a real number. The paper outlines a particular way of projecting these observations onto the realineituhedron, in which the "volume" \(\Omega\) of the object represents the value of the observation.

In fact, the physically observable quantity must be a real number, a feature foreshadoewed by the Hermitian postulate of quantum mechanics.

The paper is full of beautiful hand-drawn figures, such as the ones below:

Is it possible that there is some geometrical object is able to capture the Hermitian nature of these operators--indeed, is it able to represent all fundamental observables? 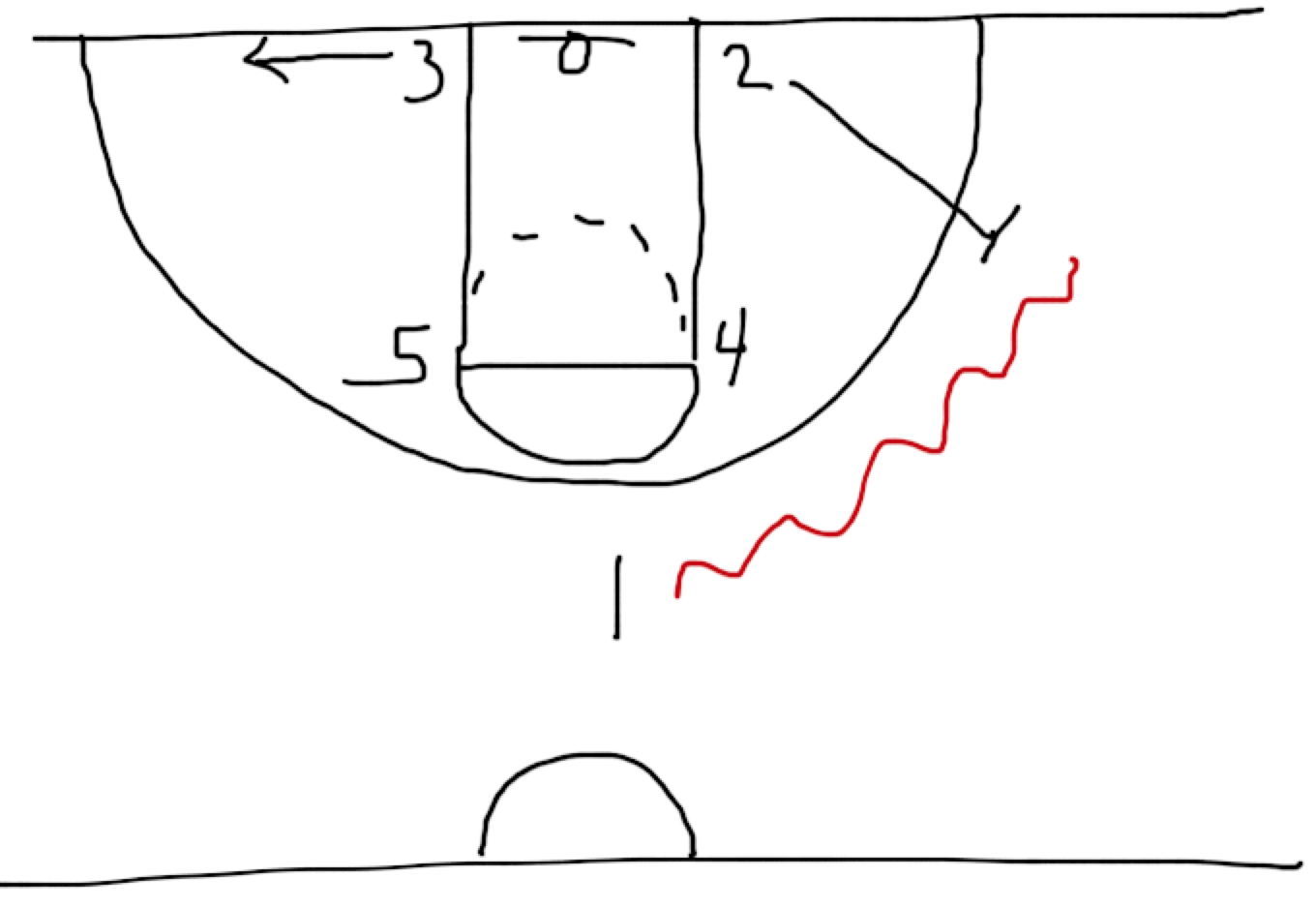 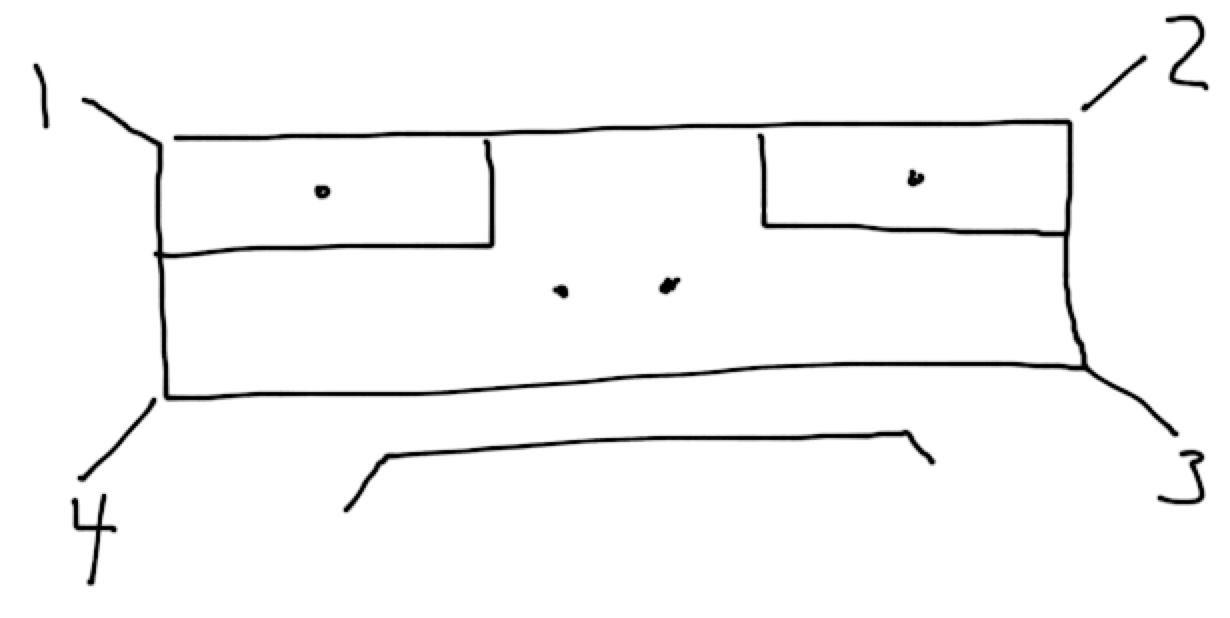 This masterful work will take some time to digest -- it was only released today! One of the most intriguing ideas is that of a "The Master Realineituhedron", denoted \(\mathbb{R}^2\), in which all realineituhedrons can be embeded.

It would be interesting to see whether this larger space has any interesting role to play in understanding the m = 1 geometry relevant to physics.